It's been 3 months since our presale and we want to give some updates on the current project state and next steps moving forward.

Where are we with development#

We started the development a week after our presale ended. So far, the on-chain validators (i.e. core logic for smart contracts) and minting policies (for domains and registries) have been fully designed and implemented. For the off-chain part of constructing transactions (selecting appropriate inputs (UTXOs), specifying how to spend them and which outputs to produce), we chose to use the PAB (Plutus Application Backend) which is a core software component developed by IOHK. In October and November, the PAB was only available in simulation mode. We have successfully ran our application on a simulated blockchain using the PAB and tested the logic of minting domains, changing domain attributes, splitting registries, etc.

Currently (since mid-December), the PAB is available on the testnet, but it is still not very stable and under heavy development. In addition to that, it requires dApps to run additional components alongside it to work, including a full node and chain-index component. There is some mention of an in-browser PAB in the documentation, but no additional information or ETA. The PAB is not yet ready to be used on the mainnet. Also the documentation, which would ease the development process, is very lacking.

There have been some alternative solutions without using the PAB. One example is spacebudz.io's marketplace, which implemented the transaction building on frontend and uses the Nami wallet to sign and submit transactions. This became the first working dApp on Cardano and others soon followed. However, since most of them are marketplaces, their smart contract logic for exchanging assets is fairly simple. Our use-case requires more complex transactions for maintaining a complete on-chain naming system. That's why we are sticking with the PAB approach for now.

Last week an announcement was made that a joint effort by blockfrost.io and Emurgo will be put into building a dApp tool stack. This is great news and exactly what we need to streamline the development of dApps on Cardano. We believe this will also include some form of hosted PAB which would mean the every dApp does not need to run their own complete infrastructure. This makes deployment of dApps to mainnet much easier.


Something similar was also in their Project Catalyst proposal.

Alongside, we have also been developing the frontend user interface for managing domains and trading them on the marketplace. We're giving you a sneak peek at our design. Let us know on Discord if you like it! 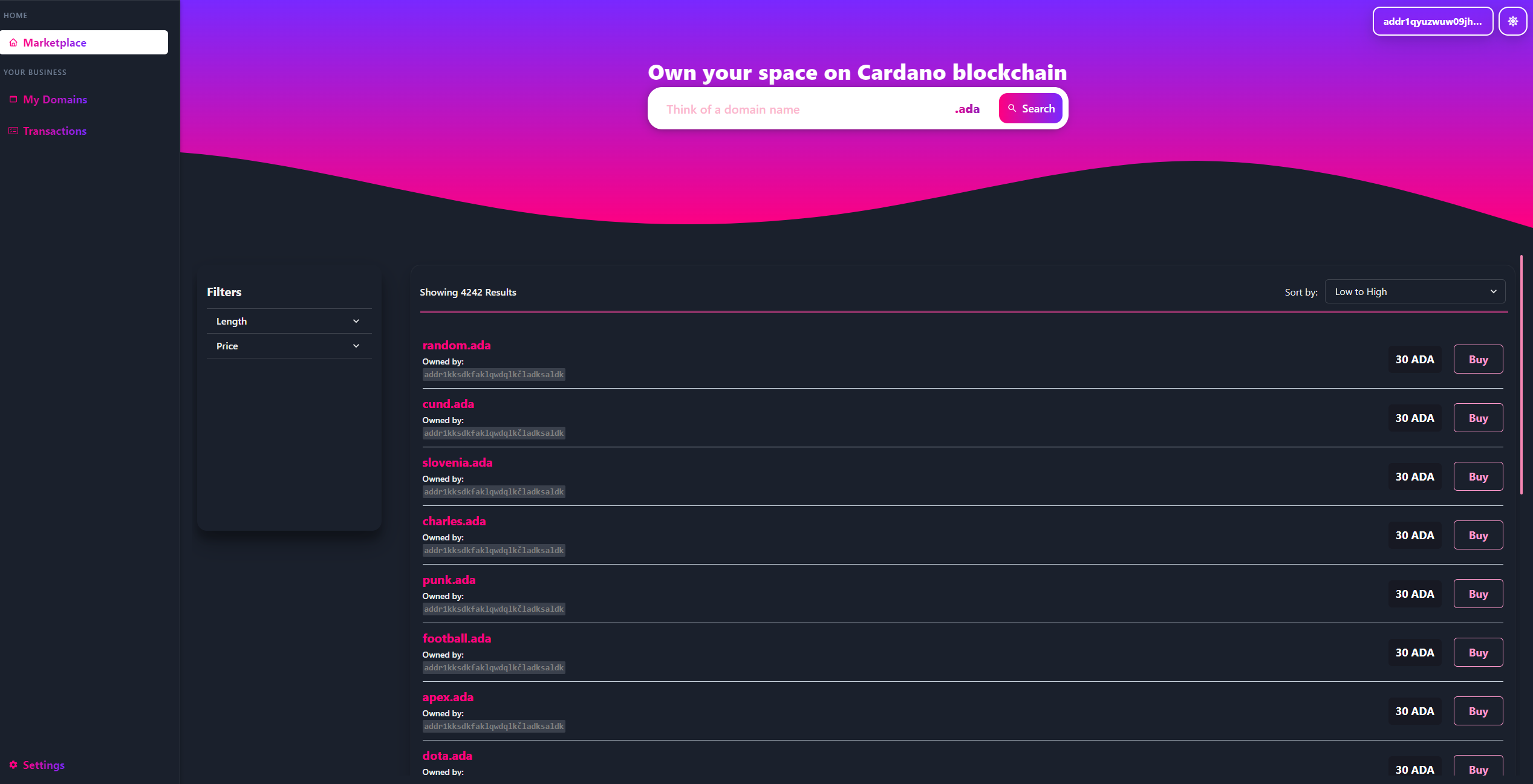 Thanks to one of our earliest supporters @thepizzaknight_ we were put into contact with cardahub.io. You can now trade our presale tokens on their marketplace. Happy trading! 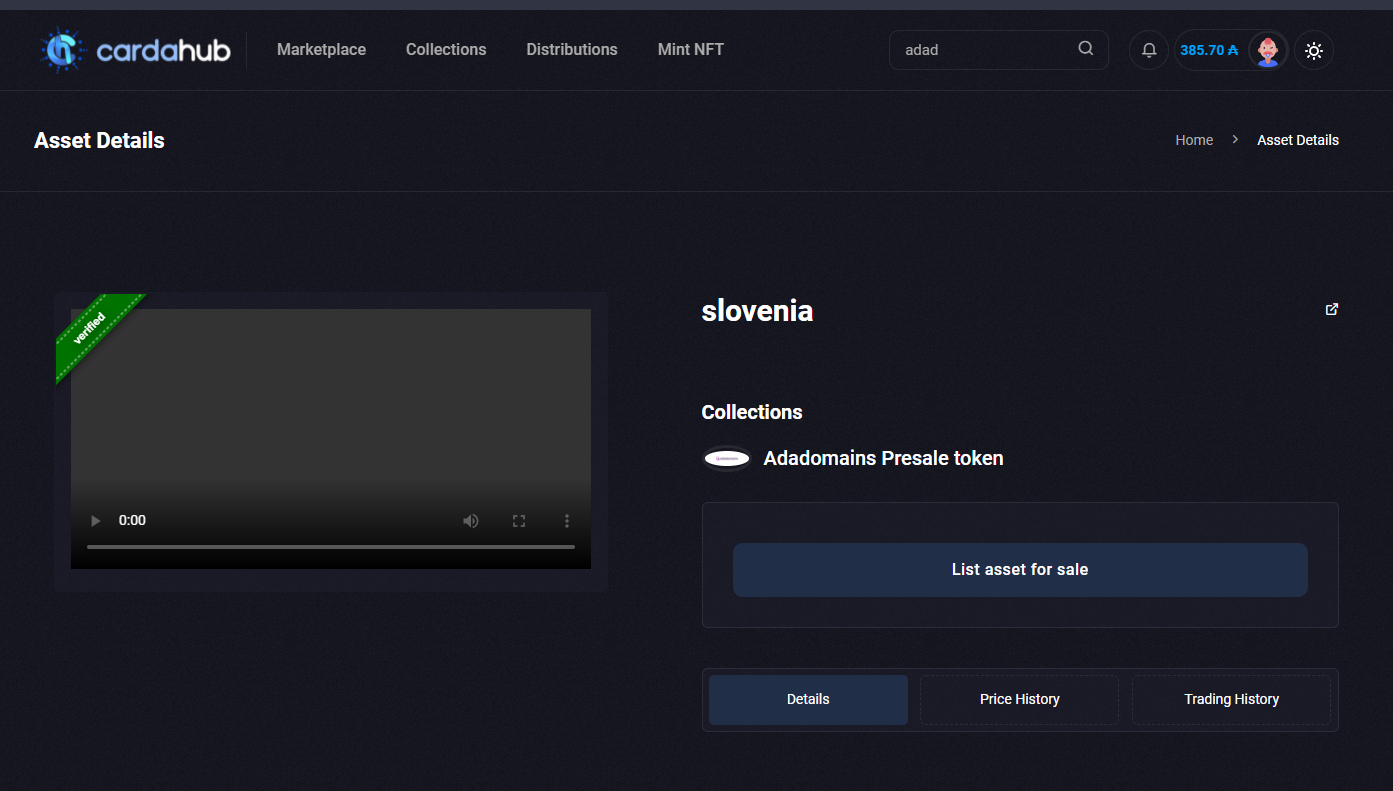 Development by IOHK of the whole infrastructure needed to run dApps on Cardano has been slower than we anticipated and we recognize that our initial timeline was unfortunately a bit too optimistic. However, we believe that thing are progressing and we're moving in the right direction. Having a better understanding of the current situation, we project the v1 launch to be sometime in Q3 of this year.